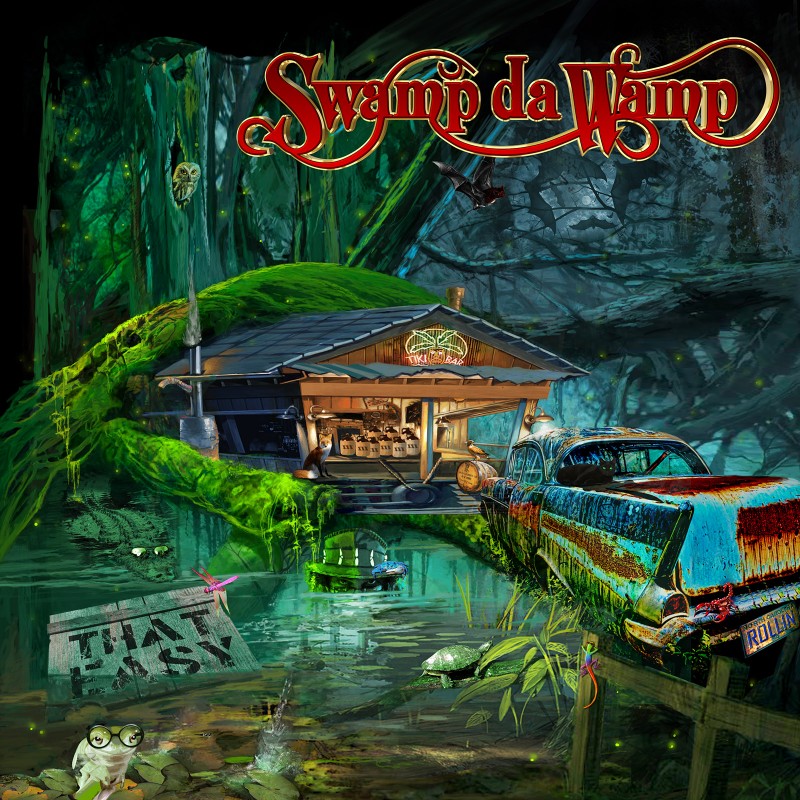 After 18 long months, the country rock group Swamp da Wamp has released this heart pounding, toe tapping CD they are calling, ‘That Easy.’   This album was produced by the multi-Grammy award winning Glen Tabor at the world class Gat3 Studios in Charlotte, North Carolina.

Swamp da Wamp is the brain child of lead singer Gig Michaels.  Michaels is the main songwriter and founder of this seven member band.  When Swamp da Wamp is playing, you know there is a party going on.  The stage presence of Gig Michaels is as much a part of the act as are his unabashedly deep, sexy, gritty vocals.  Swamp da Wamp has been performing together since 2006 and they have really honed their craft.  Michaels stands 6 feet, 5 inches tall without his boots and between his height and his incredibly deep commanding voice, he gets and keeps the undivided attention of his audience.

Swamp da Wamp has performed on five music-themed cruises, including all three of the world famous Rock Legends Cruises.  They’ve won the prestigious title “Best Rock Band 2013” at the famed Carolina Music Awards. In fact, Michaels has been asked to MC the event, so he will be ‘The Voice,’ of the 4 day Rock Legends Cruise on January 21, 2016.

Their newest single, ‘My Drinking Song,’ is getting airplay on radio stations across the U.S., Europe and Australia.  The video for ‘My Drinking Song’ is now being shown on Music Mix USA.  Music Mix USA is seen weekly in 126 million plus households in over 150 Markets on CBS, NBC, Fox, AMG, TUFFTV, AMGTV and MyFamilyTV affiliates around the USA.

Swamp da Wamp’s current music catalogue can be heard on over 65,000 Touch Tunes jukeboxes across the U.S. Several songs have been licensed for use in video games by the gaming giant Xbox.

The Emmy award winning artist Jay Haiden created ‘That Easy’ cover art.  His pieces are on display in the National Air and Space Museum, the Pentagon and the White House.   Jay held the title of Lead Artist for major television networks ABC, NBC and VOA.  His work can also be seen in several Warner Brother films, including Arnold Schwarzenegger’s The Terminator.  It is obvious that Gig Michaels of Swamp da Wamp has assembled a professional and capable team to support the bands efforts.  What’s up next for this band?  It looks like they are shooting for the stars.

The CD is available now at iTunes and other online download music stores.  Check out the new single, ‘My Drinking Song,’ at Vevo.

Swamp da Wamp is donating 25% of proceeds from ‘My Drinking Song’ to supporting Veterans Organizations. Learn more about Swamp da Wamp by visiting their website and liking them on Facebook. 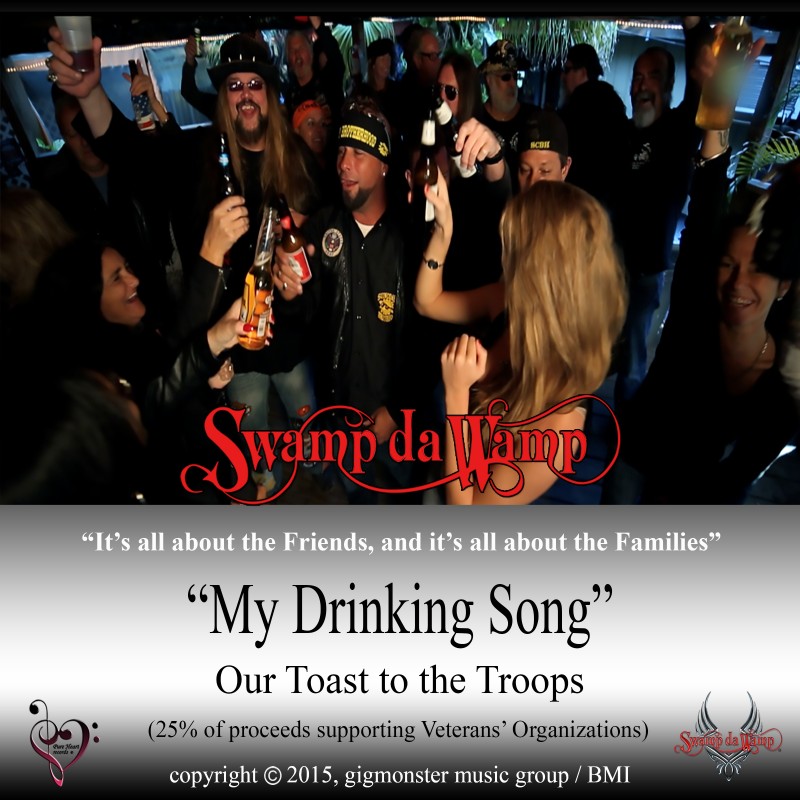